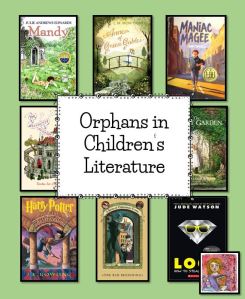 Have you noticed how many favorite characters in children’s literature are orphans or have absent parents or missing parents or neglectful parents? What is the draw? If a book character does not have a parent, then he or she does not need to follow certain rules that a parent might put into place. The characters can take off on an adventure at a moment’s notice. They can try something risky without fear of parental punishment. It’s attractive for young readers because they can follow an imaginary character who has total independence and freedom.

Imagine Harry Potter hunting down Voldemort had James and Lily Potter been alive. Without a parent imposing rules, the book character is free to take risks, and readers can join the adventure from the safety of their homes. Even though the stories may be sad or scary (or both), young readers love to read about a character who is close to their age and triumphs over adversity.

There are so many great children’s books with protagonists who are true orphans or close to it. In addition to Harry Potter, here are a few more orphans-in-literature suggestions.