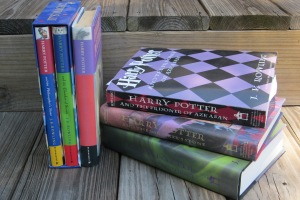 I have not done any official research on this or anything, but I am pretty sure Harry Potter kicked off a demand for books with sequels. I know it inspired a whole slew of fantasy-wizard-magic books. In my never ending quest to find the best young person’s book, I feel like the majority of my new reads often have “Book I” printed on the spine.  I also noticed my students tend to reach for books with a sequel more than ever. I actually had a student who read nothing but Hank the Cowdog books all year (there are 59 of them). I tried to encourage a little diversity in his reading, but he was determined to finish the series. I have to admit I was a little impressed that he stuck with it; a series like that can get pretty repetitive. My point is, books with a sequel seem to be more popular than ever.

Which series are the most satisfying to you? Which series didn’t work and should have ended after that great first book? Below are my picks.

Older Readers (4th grade and up)

Not exactly a series, but there are companions

Sequels are in the works, and I am anxiously awaiting more